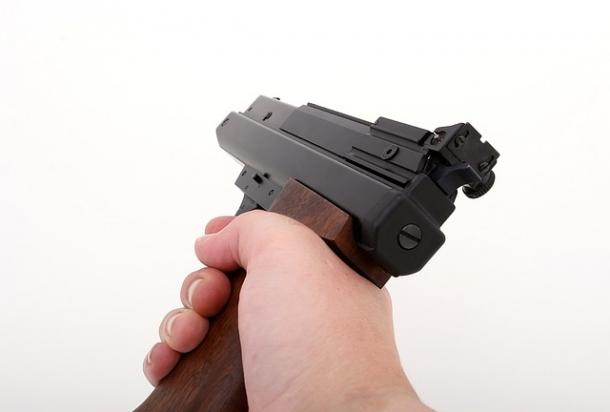 Guns Allowed in Classrooms Because AMERICA!

The school board voted to allow up to five district employees, of the superintendent’s choosing, to carry a concealed weapon on campus.

Superintendent Randy Morris will take into consideration the employees’ discipline records, evaluations, and school conduct, as well as approve training for those employees.

“I am a proponent of the Second Amendment, and I’m also the biggest proponent of protecting the kids,” Morris said.

However, some concerned residents aren’t too happy about the decision.

“Now we’re going to add something else for teachers to think about? Shooting people, really?” said Mary Lou Swenning, who has grandchildren in the district. “That’s a difficult thing for a police officer to do who’s been trained to do this, and you have a split second to decide if you should kill this person or not. I wouldn’t want that responsibility and I wouldn’t want it for our teachers.”

The gun policy was crafted with the aid of Kingsburg police Chief Neil Dadian.

“My opinion? If a staff member wants to put themselves at risk like that, I’m all for it,” Dadian said. “I think what they’re doing is everything they possibly can to protect their students, and God bless them for that.”

The policy became effective immediately and allows for employees to carry firearms in a holster in side their pants, around their chest, on their front hip, at their ankle, or behind their back.

The district has not received any imminent threat and is merely being proactive, according to Superintendent Morris.

Read more at The Fresno Bee