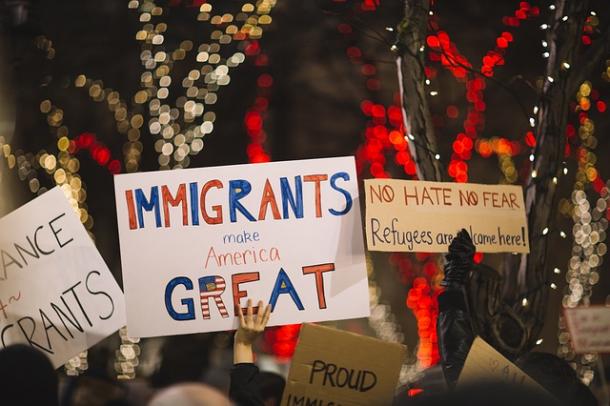 This morning Trump announced that he would be rescinding the Deferred Action for Child Arrivals program, otherwise known as DACA.

Well, it wasn’t so much Trump as it was Attorney General Jeff Session who made the announcement. Since then, organizations across the country have come forward to show their support for the DACA program and recipients urging Congress to act.

Students across the nation have been staging protests and walkouts all day from Denver to Phoenix to Minneapolis.

The decision to end DACA has been met with opposition by both Republicans and Democrats. Business, education, and other leaders have stated their displeasure with the decision, and are urging members of Congress to pass comprehensive reform before the program is officially pulled in six months.

Here in California, leaders up and down the state have denounced the decision to end the DACA program, even pledging to fight the federal administration legally on this issue.

Statements from multiple school districts, including Montebello Unified and Lynwood Unified in Los Angeles County, were sent out reassuring students of their rights and providing resources.

The California Charter Schools Association issued a statement last week to “reinforce our commitment to standing up for the civil rights of all public school students at every turn - regardless of their immigration status.”

Superintendent of Public Instruction Tom Torlakson issued a statement shortly after the announcement calling Trump’s decision a “mean-spirited, political attack on students who are working hard to succeed.”

Torlakson also previously sent out a letter after the election urging school districts to declare themselves Safe Havens, promising to do what they can legally to prevent ICE agents from entering their campuses. Since the ask, we’ve recorded nearly 120 districts that have passed Safe Haven resolutions, with a combined estimated enrollment of 2.5 million students who are affected by the resolutions.