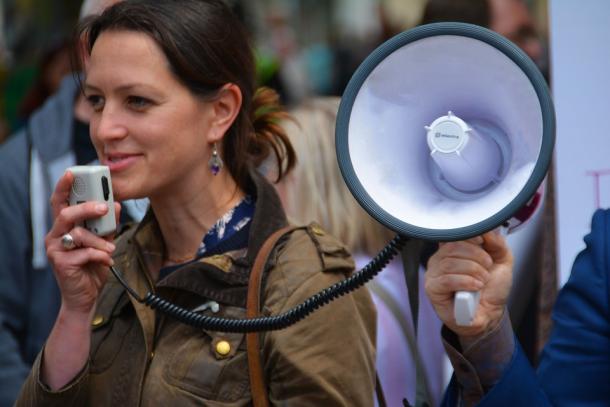 Ahead of Possible Strike, L.A. Board of Education Meeting Besieged by Protests

A group of protesters shut down a meeting of the Los Angeles Board of Education Tuesday amid fears of a looming strike by L.A. Unified teachers and ongoing concerns over the state of LAUSD’s finances.

The fact-finding phase of negotiations between district officials and the teachers union is just coming to a close. Once the draft report from the fact-finding panel is complete, a strike may ensue.

Negotiations have been going on for 18 months. Among the nearly two dozen issues are a 6.5% salary increase requested by the teachers; reduced class sizes; more nurses and counselors; and greater charter school accountability.

The Los Angeles Times describes the scene at Tuesday’s Board meeting:

The protesters echoed the contention of United Teachers Los Angeles that the district — whose general fund budget this year is about $7.5 billion — is hoarding a massive reserve that could be used to pay teachers more and improve conditions for students. They point to last year’s ending balance of nearly $2 billion.

A senior at King/Drew Magnet High School of Medicine and Science, who identified herself only as Cheyanne because she said she felt at risk for speaking out, talked of the need for smaller class sizes and better staffing. She said she’d had 52 students in her 10th-grade chemistry lab.

Protesters testified assertively but in an orderly way before things got out of hand around 4:15 p.m., about three hours into a meeting that covered a broad range of topics.

Before the meeting had to be adjourned, Chief Financial Officer Scott Price addressed the need for financial restraint, reiterating the serious fiscal problems facing the district.

“The district continues to deficit spend, (and) a large portion of the reserves will be consumed in 2019-20 and is expected to be depleted by 2020-21,” Price noted in the revised budget presented Tuesday.

The district has until Monday, Dec. 17 to present a revised plan for addressing its structural deficit. If it can’t solve this issue, it risks a takeover.

Meanwhile, questions continue to mount about a largely confidential restructuring plan that would divide the Los Angeles Unified School District into 32 geographically-based networks. Deputy Supt. Vivian Ekchian spoke about the proposal Monday before an audience of over 500 at a forum called “Reimagining L.A. Unified.” Many in attendance expressed skepticism that the plan would do anything to improve efficiency within LAUSD.