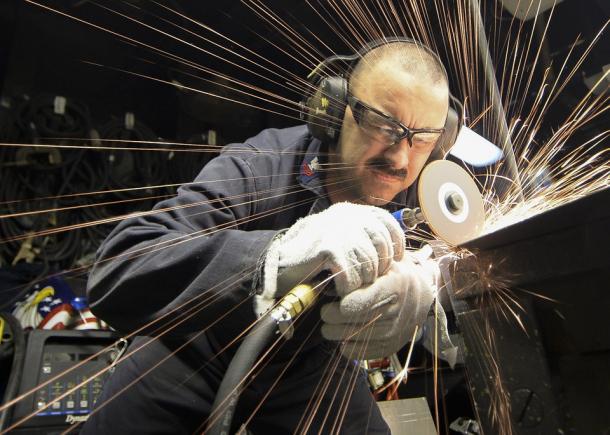 After a slump in the 1980s and 1990s that left American companies with a shortage of skilled labor, enrollment in trade schools is once again on the rise. Unfortunately, the students choosing these linear career paths often face stigma from family and peers, reflecting a misunderstanding of the value of vocational training vs. the more esteemed four-year degree.

“Vocational schools where we grew up seemed to be reserved for people who weren’t making it in ‘real’ school, so we weren’t completely sure how we felt about our son attending one,” mother Erin Funk told Meg St-Esprit, writer for the Atlantic. She and her husband eventually came around to the idea. But when family friends heard their son was attending a production design program at Penta Career Center, they asked if he was having problems in school. Their son had a 3.95 GPA.

“We really need to change how people see vocational and technical education.”

That’s especially true considering the explosion of four-year college student loan debt. Trade schools cost less and, depending on the circumstances, can lead to more successful outcomes. For instance, while it’s true that college degrees usually lead to higher-paying careers, less than half of students actually finish the degrees they pursue. For those in poverty without additional support, completion rates are even lower.

“The ever sought-after college-acceptance letter isn’t a guarantee of a stable future if students aren’t given the support they need to complete a degree,” St-Esprit writes. “If students are exposed to the possibility of vocational training early on, that might help remove some of the stigma, and help students and parents alike see a variety of paths to a successful future.”