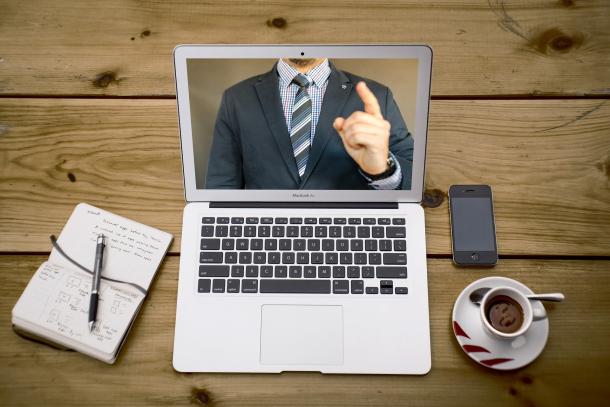 An Anatomy professor at Oxnard College has been placed on paid administrative leave after chastising a student who is hearing impaired.

The heartbreaking incident took place during a Zoom class. The video was posted to TikTok where it quickly went viral.

Professor Michael Abram grew frustrated when the student did not respond quickly enough to one of his questions and began interrogating her. Both the student and one of her classmates informed the teacher that she is hard of hearing and relies on an aide sitting next to her to relay the teacher’s questions before she can answer. Abram was undeterred.

“She’s not paying attention,” he said, because she was conversing with her translator.

“Just have [the translator] teach you the whole class,” he barked.

The student said she felt attacked.

“I’m not attacking you. I’m just significantly disappointed in you,” Abram replied.

Hundreds of residents called the district to complain about the teacher’s behavior. He was placed on leave pending an investigation.

Oxnard College has issued a statement that included this quote from President Luis Sanchez:

“Oxnard College is wholeheartedly committed to treating all of our students with the utmost respect. We denounce discriminatory behavior or harassment of any kind and we remain deeply resolved to providing a safe and welcoming learning environment for students of all backgrounds.”

Being a special needs student is challenging enough. Students with hearing and learning difficulties need teachers who support them, not humiliate them in front of peers.