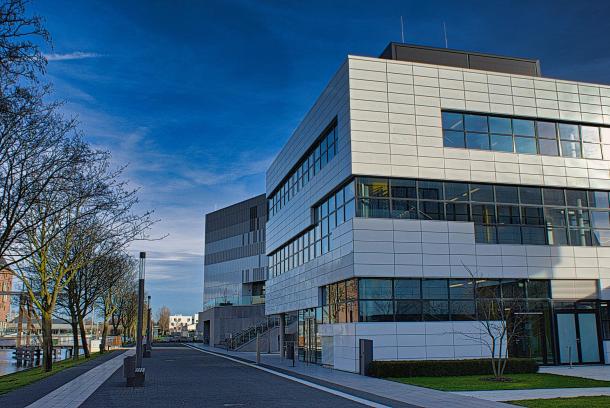 Joining faculty and community leaders was Andre Young, better known as Dr. Dre. The song “California Love” played over loud speakers as work began on the high school, which will include a $10-million performing arts center paid for by the rap and hip-hop legend.

“I was an artistic kid in school with no outlet for it,” Dr. Dre said. “I knew I had something special to offer to the world, but with nothing to support my gift, schools left me feeling unseen.”

“This city is special, and young people living in it are special,” said Dre. He was born and raised in Compton. The city is where he helped found the group N.W.A.

In addition to the performing arts center, the new campus will have a revamped academic building that can serve up to 1,800 students, a new gym, an aquatics center, a football stadium, and track. The remainder of the project is funded through a bond measure passed in 2015.