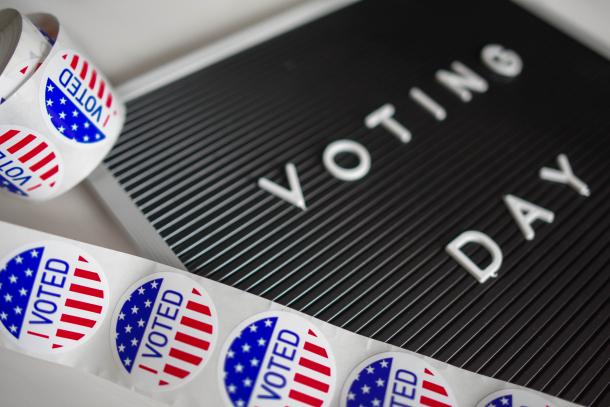 A Look at LA and San Diego Unified's School Board Elections

California’s two largest public school districts – Los Angeles Unified and San Diego Unified – have a combined total of five seats on the ballot today. ­­­­This election comes at a critical time in education. Schools are still trying to help kids recover from learning loss sustained during the pandemic, while also grappling with declining enrollment and the ongoing crisis of youth mental health and gun violence.

This has been one of the tamer LAUSD election cycles in recent memory, which is why you probably haven’t heard too much about the races. Unlike years past, there are no exorbitant cash drops or shocking attack ads.  There are a total of 10 candidates running for three seats on the LA School Board today.

In District 2, four candidates are vying to replace Mónica García, who is termed out. This is the most competitive race of the three. This district includes Los Feliz, Highland Park, Chinatown, Little Tokyo, Boyle Heights, East L.A., El Sereno, Lincoln Heights, Montecito Heights and Cypress Park. The candidates are:

·        Miguel Ángel Segura, former staff member for the LAUSD school board who recently served as an aide to U.S. Secretary of Education Miguel Cardona

García has endorsed Brenes. Brenes’ priorities are greater funding for high-needs campuses, increasing health-related supports, and lowering class sizes. She is also in favor of increased pay for staff. Brenes told LAist that the district needs to help schools manage the challenges of charter school co-location, but says schools can also make the most of the space they have with wellness, special education, and parent centers. When it comes to campus policing, Brenes is in favor of restorative justice and would support a plan that moves away from traditional law enforcement.

Rivas has the support of United Teachers Los Angeles. She calls charter school co-location “another instrument to drain resources from neighborhood public schools.” Rivas opposes law enforcement officers inside campuses. Her top priorities are ensuring adequate resources for schools with the highest-need students, mental health support, increasing green outdoor spaces, and addressing air pollution. She has not taken a position on a 20% pay increase for staff.

Segura’s top three priorities are increasing teacher diversity, student mental health, and strengthening programs for English learners. He supports a 20% increase in pay for staff, as well as the COVID-19 vaccine mandate (he lost his father to the coronavirus). While Segura supports the restorative justice model as a first resort, he says police are sometimes needed and that their presence makes some families feel safer.

Vilardi-Espinosa has called for an “overhaul” of the district’s approach to schools and education, according to LAist. Campuses with low enrollment should be combined and older campuses that are operating inefficiently should be “converted to sports complexes or homeless youth housing, LAUSD staff housing, after-school tutoring centers, or career and technical education campuses,” she says. Vilardi-Epsinosa supports police officers in schools.  Her top priorities are student mental health and staff retention.

In District 4, which comprises West LA and parts of the San Fernando Valley, Nick Melvoin is running for re-election, but he isn’t facing the opposition from teacher unions that he did the first time. His challengers Gentille Barkhardarian and Tracey Schroeder have not been able to raise much money, and Melvoin is expected to win this seat handily.

Finally, School Board President Kelly Gonez is running for re-election in District 6, which includes North Hollywood, Panorama City, and Sun Valley. She was supported by charter school advocates when she won her first race in 2017. This time, she is endorsed by the teachers union as well.

Gonez’s opponents are Jess Arana, a sergeant with the Los Angeles School Police Department, and teacher Marvin Rodriguez. This is another quiet race that is expected to end in the incumbent’s re-election.

Two San Diego Unified board seats are on the ballot today, with a total of six people running. Both of these are wide open races.

In District B, which encompasses northeastern San Diego, Kevin Beiser is termed out. The candidates vying to replace him are:

Hazan is endorsed by the teacher’s union and several Democratic leaders, including Sen. Toni Atkins.

Higa, also a Democrat, is a big proponent of restorative justice.

Velazquez is endorsed by the San Diego Republican Party and the Lincoln Club. He’s a critic of the district’s ethnic studies program and been involved in a lawsuit against the state regarding the ethnic studies requirement.