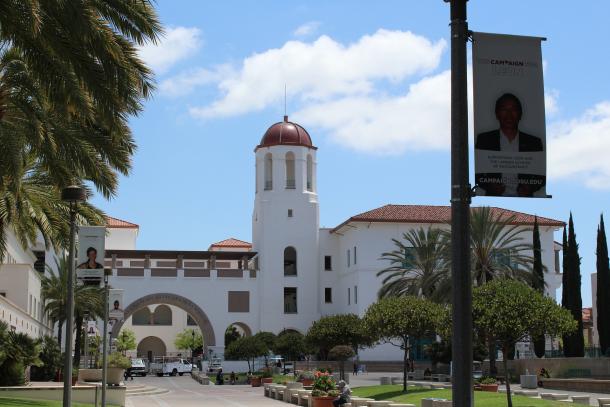 San Diego State University is responding to reports that it mishandled the alleged rape of a student by several players of the school’s football team.

The Los Angeles Times broke the story on Friday. According to the Times, campus officials were alerted late last year about a rape that allegedly occurred off campus on Oct. 16. Five school football players were accused of raping an unconscious, underage girl at a house party and then leaving her there, bloodied and bruised.

“I am very scared and worried that nothing is being done about this,” a student-athlete told university officials in a message reviewed by the Times. According to the publication, as of June 3, no internal investigation or student disciplinary proceeding has been launched.

Campus officials now say the San Diego Police Department asked them not to carry out their own investigation in order to avoid jeopardizing the criminal investigation by SDPD. They add that students were not notified via the Clery Timely Warning system because the alleged rape occurred outside the school’s jurisdiction.

“They say to this day the incident has not been reported to them by a witness or the victim, and SDPD has not shared with them the name of the victim or any suspects,” NBC News reports.

Police have neither confirmed nor denied that they asked the school not to conduct an investigation, but they issued the following statement to NBC:

“We understand that the nature of the alleged crime has raised concerns, especially in a tight-knit college community. Since taking the initial report in October, San Diego Police Department Sex Crimes investigators have made this case a priority and have been diligent in pursuing leads and conducting interviews. We continue to use all tools at our disposal to ensure this investigation is comprehensive. The investigation itself is complicated and ongoing. We appreciate the community’s understanding that these investigations take time. Revealing any information prematurely would not only compromise the integrity of the case but could be damaging to anyone directly involved with the investigation. Anyone with information about this incident is asked to call SDPD. They can also contact Crime Stoppers and remain anonymous."

Students who spoke with the media say they believe the alleged perpetrators are receiving special treatment from the school because they are members of the winning football team.