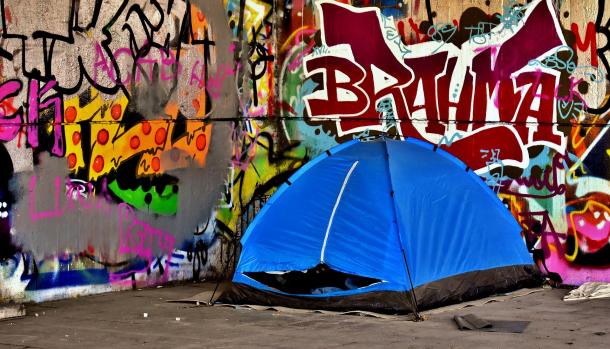 The Los Angeles City Council voted 11-3 last week to prohibit homeless encampments within 500 feet of schools and daycare centers – a policy that would dramatically expand the city’s anti-camping enforcement zones. The vote took place after protesters successfully shut down the meeting for about an hour. Council President Nury Martinez called the actions of the demonstrators “disturbing.”

The vote followed a plea from Los Angeles Superintendent Alberto Carvalho, who appeared before the Council earlier this summer. He detailed incidents of drug use, nudity and erratic behavior around some of the city’s elementary schools.

“These conditions are a public health hazard,” explained LAUSD Director of Legislative Affairs and Government Relations Martha Alvarez. “They are unsafe and traumatic for students, families and staff as they enter school campuses.”

According to Alvarez, the district has identified 120 campuses with nearby homeless encampments over the past year.

District 4 Councilmember Nithya Raman, District 8 Councilmember Marqueece Harris-Dawson, and District 11 Councilmember Mike Bonin voted against the proposal. Opponents have called the anti-camping expansion inhumane, noting it coincides with the end of the Project Roomkey program. They say it will displace homeless people, further traumatize the unhoused, and simply push them into other areas.

It’s unclear exactly how many sites would be subject to enforcement under the new policy. LAUSD told the Los Angeles Times it has around 750 schools within city limits. There are also nearly 1,000 daycare businesses registered with the Office of Finance. Areas around private schools would also be protected.

A final vote will be held on the measure Tuesday, August 9.

Read more at Spectrum 1 News and the Los Angeles Times.