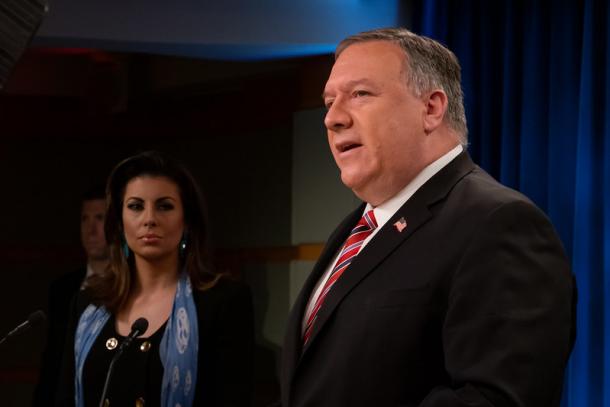 Who comes to mind when you think of the most dangerous person in the world? Maybe one of America’s nuclear adversaries, the head of a terrorist group or someone from the FBI’s Most Wanted list.

If you didn’t answer, “the head of the teachers union,” it’s safe to say you are not Mike Pompeo.

The former secretary of state under Donald Trump called American Federation of Teachers (AFT) union leader Randi Weingarten the world’s “most dangerous” person in a recent interview with Semafor. It’s a ridiculous claim, but probably a shrewd one if you’re gunning for the Republican nomination, which Pompeo seems to be.

“It’s not a close call. If you ask, ‘Who’s the most likely to take this republic down?’ It would be the teacher’s unions, and the filth that they’re teaching our kids, and the fact that they don’t know math and reading or writing."

Pompeo’s statement would be comical if it weren’t also dangerous. It comes at a time of increased political violence and violent rhetoric, much of which has been centered around school boards and officials in education.

Weingarten responded to Pompeo’s remarks in a thread on Twitter.

“At the state department, Pompeo defended Middle East’s tyrants & undermined Ukraine. He was more focused on pleasing Trump than fighting 4 freedom, national security & democracy,” she wrote. “To compare us to China means he must not know what his own department says.”