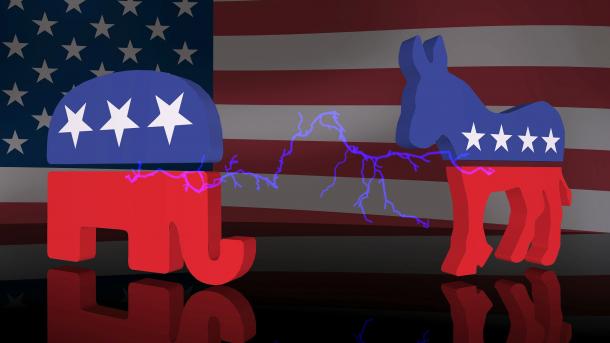 Sleepy school board races are so 2019. Everywhere you look these days, we’re seeing hotly contested elections for school boards. These are now partisan affairs in which political affiliation matters greatly. Republicans and Democrats don’t just disagree on policies anymore; they have disputes over the underlying facts we all start with — like who actually won an election, whether COVID-19 was a serious virus or whether racism exists in America today.

One of the most contentious and partisan races is taking place in San Diego Unified’s sub-district C. It also happens to be one of the most expensive, with $367,700 spent so far.

Anthropology professor Cody Petterson is a registered Democrat backed by the local teachers union. Curriculum company manager Becca Williams is a registered Republican. Her main support comes from the Community Leadership Coalition, which is aligned with the county GOP. But school board races are supposed to be non-partisan, so neither of these candidates will have an R or a D after their names.

“If voters actually know who my opponent is, they won’t vote for her,” said Peterson in a quote from the San Diego Union-Tribune. So he's made it his mission to tell them.

Petterson and his union allies have sent mailers calling Williams is a “MAGA extremist” and “COVID conspiracist” with extreme views on abortion. Williams says her opponent is just trying to scare voters and that her abortion stance isn’t relevant to a school board race anyway.

Williams says she was motivated to run by pandemic school closures, as well as mask and vaccine mandates, and the way ethnic studies are being taught in schools. She's a mother, but her children are too young to attend public school.

Williams knows her Republican affiliation could be a liability. She has tried to downplay her conservative bonafides and focus on popular issues and buzz words like parental choice.

Her opponents believe anyone who falls for that is getting fooled. The MAGA campaign to take over school boards across the country is well-known by now. Will voters in sub-district C care?